To commemorate this history, Heirloom Arms LLC is proud to offer a limited edition engraved Henry rifle. This 30-30 Win caliber lever action rifle, comes with a 20” octagon barrel and is plated in gold, nickel and black chrome. Engraved on the firearm are the icons Spotsylvania is known for. Limited to only 30 rifles, the rifle is an heirloom to add to your collection. Contact us for availability! 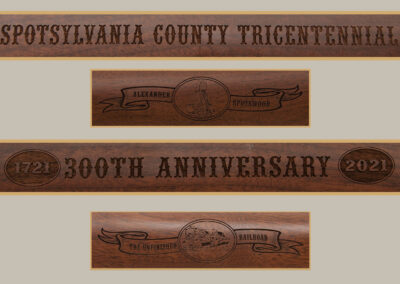 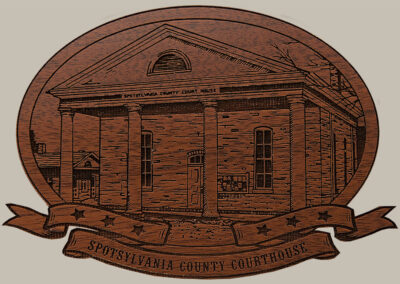 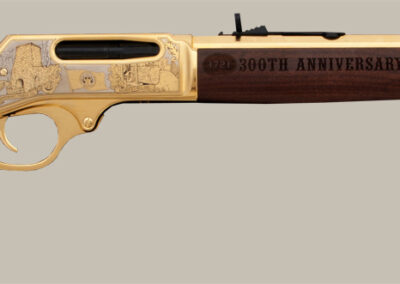 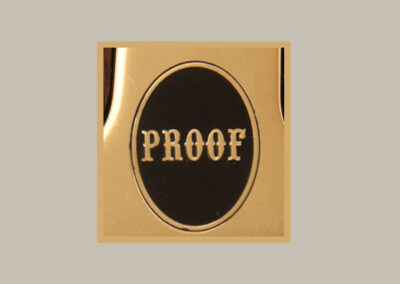 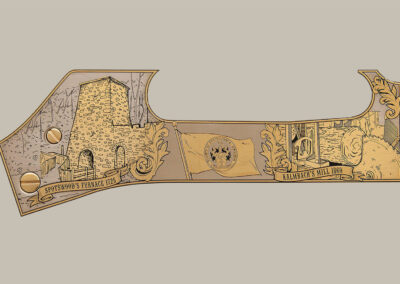 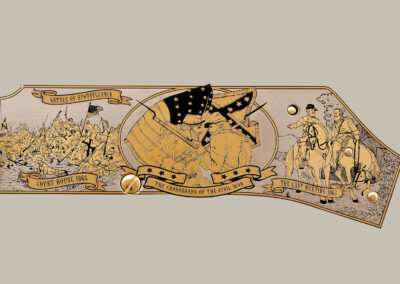 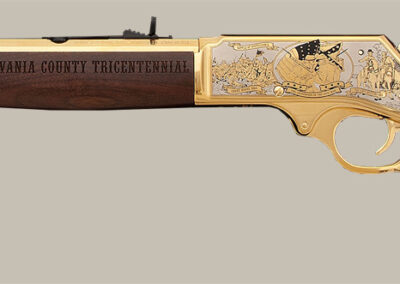 Spotsylvania County celebrates its 300th Anniversary in 2021. A county that is older than our country itself, the area has created its very own history. Dating back to 1721, the area became known for Spotswoods Ironworks. The Iron Empire grew which developed the area’s industry, culture and infrastructure. In the late 1800’s the area would witness the bloodiest battles of the Civil War. General Stonewall Jackson was shot during the Battle of Chancellorsville and would pass 8 days later. People now visit the area from worldwide to pay homage to the sacrifices made during the Civil War.

Henry Repeating Arms motto is “Made in America or Not Made At All”.  This American made lever action comes with a 20” octagon barrel and is chambered in the 30-30 Win caliber.

Our engraver has been perfecting his talent since 1979.  Based out of Rapid City, SD, American values drive the high quality and precision of the engravings.  Each rifle is carefully plated and engraved to give you the highest quality firearm.  Not only is the detail exquisite but made to last for generations.

Only 30 Will Ever Be Made

There will only be 30 numbered rifles ever made.  Keeping the edition size small will guarantee that you own a piece of history.  Once the edition sells out, you demand the value of your firearm.  This anniversary will only happen once making this edition a one-of-a-kind.

Spotsylvania’s anniversary is older than our country itself.  The Tricentennial is a rare anniversary and only happens once.  The theme of 3 has been incorporated into the edition size and caliber.

Planning a fundraiser this year?  This limited edition rifle is the ideal item to raise funds for your organization.  Firearms consistently bring the highest returns at fundraisers and what better way to celebrate your area than with this limited edition.  Between its eye appeal, history and uniqueness, this rifle will drive the highest bid.

Just as our history and values have been handed down to us, our firearm will continue to do the same.  Since the edition is small and specifically made for Granville County, there is always a desire to hold onto this.  This Henry will become an heirloom to add to your collection.